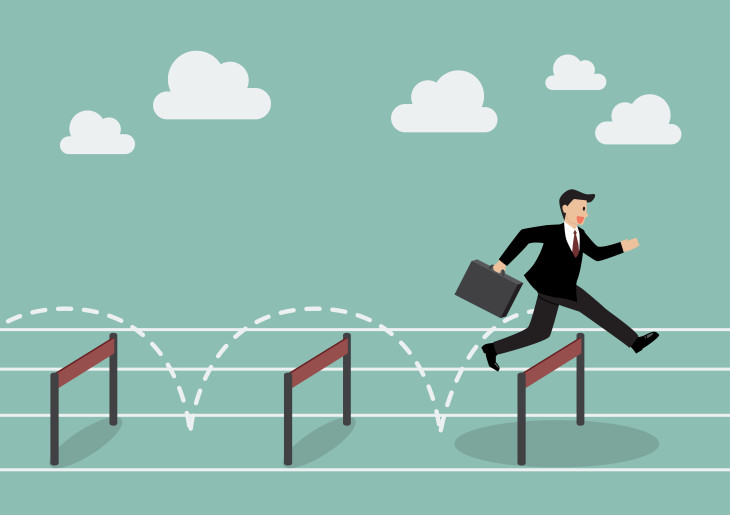 Getting out of business

Wait, now before you jump to a conclusion, this piece is not about getting out of business or going bankrupt. This is about making yourself obsolete in your current business so that you may start a new business or if at all, retire from work.

When you start a business you are fully consumed and as the business grows you can continue to be excited by the daily challenges it brings and continue to lead from the front. But if your aspiration is to spawn more businesses then you must have a strategy to Get out of Business.

I co-founded the E-Movers business and having grown it to a certain size, I started feeling the itch to start another venture. I was working 24×7 hands-on galvanising new customers, managing relationships with existing customers, motivating and monitoring my sales force and ensuring that operations team delivered to my customers’ expectations. And when I looked at my business, I could not imagine it standing on its own without me. Yet, I knew that to grow I had to move on.

The process entails the following steps and you may have to take all or miss a few, but all of them were important for me.

It was important to create the plan of succession, and one bound by a defined time-frame. Before embarking I reassessed the readiness of my business for a change of leadership. I also sat down to define the non-negotiable values that would bind the team and rally the customers. I created the organization chart that would serve the business objectives for years to come and then looked internally at the talent and a possible successor. I had kept the options open to an outsider and finally found the right person with the culture match and attitude, albeit from a different industry. In a male dominated business, I had settled on a female leader.

I chalked out a grooming plan that ensured that I spent sufficient time in training her on the job tasks, and on other skills and habits that would be required to fill my shoes. I started her as a General Manager setting a goal for her to strive for the next level of CEO. It took a lot of time and perseverance to smooth out her rough edges and the practices from her past careers, but I found her adapting quickly.

The next challenge which I had anticipated was acceptance by the team. She had two barriers, one she was a female in a male-dominated business and second, that she came from another industry. It took some time, but I stayed steadfast in backing her actions and reducing the team’s resistance. Some who refused to accept the change, sadly had to exit. And while I was rooting for her acceptance in the team, I had an equally arduous task of gaining customers’ confidence. What worked was my resolve and her mettle.

My personal style of managing people, building client relationships, addressing issues had to be institutionalised in a way that it was not personality dependent but a uniform way of doing things that could be followed without much deviation. I started laying out the management controls, performance parameters, measuring mechanisms and MIS. I found that making checklist for reviews worked the best. The team knew the questions I would ask and would come prepared having followed the checklist.

Getting a new General Manager was the first step. My long list of tasks entailed building a strong team around her. The organization chart that I had prepared during the planning stage was being simultaneously worked upon. I built a strong and stable team that would support my General Manager to meet the targets. New leaders emerged from within and filled the positions.

I had laid down the milestones and as things started falling in place, I began reducing the number of hours I spent in my seat at office. My absence automatically rerouted the team to approach the GM and get things sorted. It was almost three years since we had started and it was time for a review. Based on performance, the board promoted the GM to CEO, a decision that was by now expected and accepted by the team.

I do go to office, but only once a week for the weekly review meeting. I meet customers more out of choice rather than to close a deal. I continue to hold the responsibilities for marketing, training and audit. I believe that founders must always hold the marketing portfolio and I read that some very famous founders continue to do so even with a turnover beyond billions.

I hope this made useful reading and it helps you to Get Out of Business sooner than planned.

Here’s a tip to fast-track your succession: Move your day-to-day management conversations from Telling to Asking the Right Questions. Stop telling them what to do, start asking them what’s to be done.